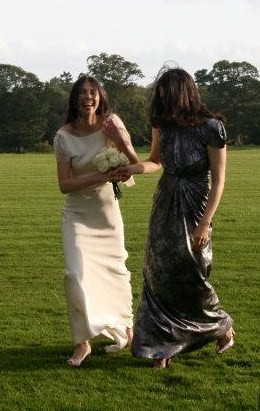 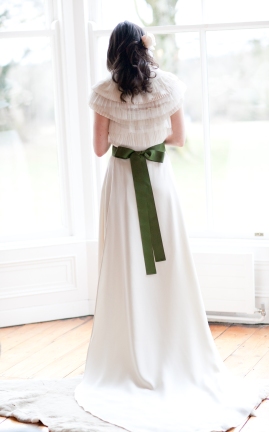 In September 2013, during Paris Fashion Week, this blog somehow became a reality. (And no-one is more surprised by this than I am.)

‘Bright Star Dark Star’ is a space for writing about the past and present of fashion: designers, dresses, blazers, accessories; coats, heels and hats; international collections, fashion week shows, fashion photography; editors, editorials, campaigns; exhibitions and museums. I’ll also post on fashion in art, film and history. (And I promise you now that future posts will not be as long, but I thought some background was important here to situate the blog, and me.)

My name is Sinéad Furlong-Clancy, I’m an independent art and fashion historian living in Dublin, previously in Paris and London (well almost London: Surrey), where I grew up. I’m also a writer, stylist, lecturer and consultant, with a PhD in art, fashion and nineteenth-century Paris, soon to be published as a book by Mellen, New York.

Often found very happily if busily balancing two schedules, a research/teaching programme and another fashion/style advising position, I have gained years of experience in the fashion industry, most recently working with international womenswear collections, personal shopping and styling, in The Designer Rooms at Brown Thomas Dublin, with favourites Dries Van Noten, Alexander McQueen, Balenciaga, Stella McCartney, Prada, Miu Miu, Chloé: the list goes on… This was before I became a Mum in late 2010 (something else ‘about’ me!) and decided to take the opportunity to work independently and focus on my book and research (not to mention my young family).

My first daily encounters with fashion blogs came while at Brown Thomas, in early 2009, when my then-boyfriend, now husband, and I would compare notes on The Sartorialist and Garance Doré via texts during breaks from work (and no, while very stylish, he is not in the field). I loved the back-and-forth, looking at their photographs capturing street style and fashion-week style; and also loved Garance’s illustrations, stories and wit, and Scott’s vintage photographs and the stories that came with them.

My Mum’s innate style, elegance and dressmaking skills were early influences, as were her fashion magazines, which opened windows into other worlds, at times ethereal, saturated with colour, or darkly gothic. This tension between the depicted bright world of fashion and its darker or more melancholy elements was made all the more apparent coming from a colourful mid-eighties childhood of polka dots and ra-ra skirts, to the heroin-chic grunge of my late teens. By that time, I was collecting the same magazines she had, and new ones like The Face and i-D, forming my own collections of images, ideas, inspirations, with mood board-like collages decorating diaries, folders, sketchbooks.  This continued through college and summer jobs, in tandem with graduate studies in Dublin and Paris, and summers researching at the Musée de la Mode de la Ville de Paris (the newly re-opened Palais Galliera) for my PhD on art, fashion and nineteenth-century Paris; also while teaching fashion students at the National College of Art and Design in Dublin.

The bright/dark contrast was perhaps even sharper for me as I lost my beloved mother to cancer a few months before my fourteenth birthday. What she wore, what she had bought for us to wear, what we shopped for together and what she had made for us as small children in exquisite Liberty print fabrics, all of these things shaped my memories of her; that and her incredible sense of fun and empathy, whether for children or adults. I still have and wear a beautifully tailored David Charles wool navy blazer that must have been one of the last things she bought for me (the label reads ‘age 14 years’). But all of her beautiful clothes were packed away soon after and given to charity, and this was another, secondary loss; her perfume, her warmth had seemed to fill the wardrobe space; for a few brief weeks I unpacked shoe boxes and stood in her shoes, where she had stood. Then it was empty. Justine Picardie considers ‘the life and afterlife of clothes’ in her moving, inspired and ‘courageously playful’ book My Mother’s Wedding Dress. But for my bereft but incredibly strong Dad, with four children aged between 6 and 13, it was the only way forward.

The Bright Star of the blog’s title is a reference to Jane Campion’s 2009 film Bright Star about John Keats and Fanny Brawne, which really resonated with me when I saw it first (and still does, it is incredibly powerful and beautifully shot… a Parisian friend recently messaged just after having seen it… my response: ‘Are you still weeping?!’… answer: ‘Yes!’). Why so significant? Bright Star opened at the Irish Film Institute two months after my then-boyfriend asked me to marry him (you can read about that and the story of my wedding dress, a couture gown by my friend, fashion designer  Sean Byrne, 2009 Young Designer of the Year, whom I knew from Brown Thomas,  in ‘Material Girl,’  by Kirsty Blake Knox, Sunday Independent Style magazine, April 2010). Campion’s film takes its name from Keats’s sonnet ‘Bright Star‘ written about Fanny Brawne; the inscription chosen by my husband for the inside of my wedding band (kept secret until after the ceremony) reads ‘My bright star…’ (For his ring I chose a lyric from French band Phoenix, ‘always and forevermore’… Not Keats I grant you, but we did see them at Barcelona’s 2009 Primavera, obsess about Wolfgang Amadeus Phoenix on many of our summer roadtrips, and get engaged at Electric Picnic, so…). For me ‘Bright Star’ has a personal resonance but it also contains a significant reference to fashion history: in the film’s depiction of early nineteenth-century London, Fanny Brawne designs, makes and wears her own very stylish clothes and accessories, and early in the film points out that she can make a living from what she does, in apparent contrast to the poets Keats and Brown. 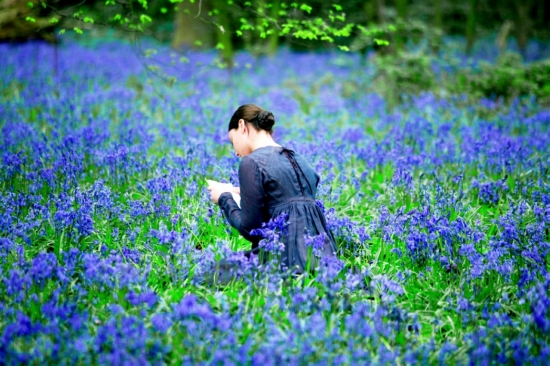 For the blog, Bright Star also stands for the upbeat nature of certain fashion editorials, collections, shows; whereas Dark Star represents a melancholy, gothic, or subversive fashion heroine. (Of course in real life, this idea can extend to the way we think about dressing to suit different moods, times of day, events, locations, and seasons. Sometimes we might feel, or need to be, more dark star than bright… more night-loving rock chick than broderie-anglaise-wearing girl in a garden. Make-up has a big part to play in this too: from bare-faced to kohl-eyed, we play with different degrees of the bright-dark spectrum every day.) The exquisite ‘Dark  Star’ editorial in the September 2013 edition of Harper’s Bazaar UK, styled by Cathy Kasterine with photographs by Tom Allen and model Iris Van Berne, radiates strength in the best girl-in-a-wild-landscape editorial tradition. An example of perfect casting: a celebrity model would have overwhelmed the concept, the imaginary nature of this fashion story. Without this editorial, it is likely I would still be thinking about rather than writing a blog. The ‘Dark Star’ shoot was the catalyst:  I paired Bright and Dark Stars; and that was that.

This was Justine Picardie’s impressive first September edition at the helm of Harper’s Bazaar UK. A flurry of tweets between us about the sublime cover featuring Natalia Vodianova and ‘Dark Star’ shoot gave me the impetus to put my thoughts out there (out here, I guess, blogosphere!). And this feeling was compounded as I found myself collecting visual references for ‘Bright Star’ and ‘Dark Star’ as I worked on an art/fashion history paper for an Oxford conference in early September, where I found much inspiration and new friends, including Rosie Findlay, aka fashademic, whom I will write more about, a style blogger and PhD candidate at the University of Sydney whose subject is personal style blogs. Her interest in performativity reveals a focus on how bloggers selectively edit their lives/wardrobes/subject-matter, and this was also a spur to figuring out how I could share some of my thoughts and ideas in the blogging arena. Later in September, the ‘Bright Star Dark Star’ idea was still with me, vying for space in my brain, as I prepped for a lecture for the National Gallery of Ireland on fabric and fashion in Morisot and Renoir. With thoughts of the arena, Brené Brown‘s TED talk advice … don’t wait until you’re perfect; that will never happen, and anyway even if you were, that’s not what we want to see… was probably the ultimate impetus…

Finally, during  September 2013’s fashion weeks, as a relative newcomer to Twitter, only joining the action in April, I found myself wanting to share and comment more than was probably reasonable, aflutter with the instantaneity of it all, and I realised that a blog, my idea in the making, my ‘Bright Star Dark Star’ could be a place for such commentary. So here I am! (I promise that the posts will never be as long again!) Hope you enjoy it.

Disclaimer: I try to accurately credit each image that I use and link back to the original site wherever possible. Images are used for illustrative purposes only and copyright remains with the copyright holder. If I have used one of your images and you do not wish for it to appear here please let me know and it will be promptly removed.